‘Can we SEE Internet governance?’  – This was the overarching theme for the SEEDIG 2016 meeting (22 April, Belgrade).  And a question we have tried to find some answers to through an Internet governance (IG) survey conducted before the meeting.

The survey was aimed to help us get a better understanding of how Internet governance, in general, and Internet governance issues and processes, in particular, are perceived by the Internet community in South Eastern Europe and the neighbouring area (SEE). It covered aspects such as: interest and participation in IG processes and organisations (motivation, challenges, opportunities), Internet-related issues considered as most pressing at national level and in SEE, degree of satisfaction with national, regional and global IG mechanisms, etc.

The survey data was reflected in a report presented at the SEEDIG meeting . 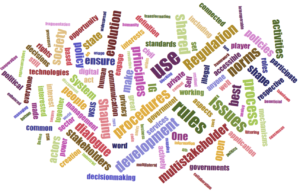