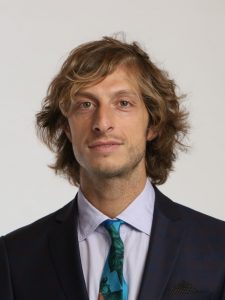 Andrea's responsibilities include working on ICANN's engagement with the European governments, Internet communities, the EU bodies, as well as the European-based IGOs. Prior to working at ICANN, Andrea served as Policy and Advocacy Manager for the International Federation of Libraries Association and Institutions (IFLA) in The Hague, Netherlands, where he strengthened IFLA relationship with the UN systems and libraries' contribution to the UN Millennium Development Goals. He was also an Associate Expert at UNESCO's Knowledge Societies Division, Communication and Information Sector in Paris, France, where he worked at the Organization's involvement in WSIS, Internet Governance, and negotiated the 2009 partnership agreement between UNESCO and ICANN.