After a succesful first meeting in 2015 – held in conjuction with the European Dialogue on Internet Governance (EuroDIG) – SEEDIG continued its journed with the second annual meeting, this time organised as a stand-alone event.

SEEDIG 2016 was held in Belgrade, Serbia, in May 2016. It was hoted by theSerbian National Internet Domain Registry (RNIDS). Local institutional partners included the Ministry of Trade, Tourism and Telecommunications and Directorate for E-government. Discussions revolved around topics such digital divides and digital literacy, cybersecurity and human rights.

The ‘SEEDIG Messages’ are the main takeaways from our annual meetings; they reflect the discussions and are endorsed by participants.
Read the Messages

The 2016 report contains information about the annual meeting, the planning process, attendance statistics, and feedback from participants.

For details about the overall content of SEEDIG 2016, check our event brochure. It also includes messages from our partners and supporting organisations.

SEEDIG 2016 was planned in an open and transparent manner, by the SEEDIG community, under the coordination of the Executive Committee. The following milestones were part of the planning process. 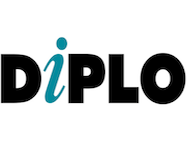