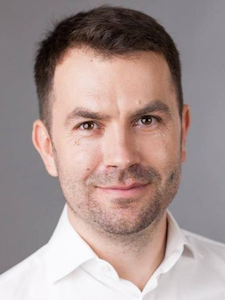 Chamber of Deputies, Parliament of Romania | MP, Chairman of the Committee on information and communications technology

Cătălin Drulă is a Romanian software engineer, elected in 2016 as a deputy in the Parliament of Romania.

Olimpic in Informatics, he was admitted on a scholarship to the University of Toronto, Canada, where he continued his studies in computer engineering. Based on the research conducted there, in the mid-2000s, he developed a bluetooth communication platform. Subsequently, he worked on a series of Silicon Valley-based entrepreneurship projects, the latter being a blood-supply system for autonomous drone transfusion, currently operating in Rwanda. He has been involved in civil society, within the Association Pro Infrastructure, an association that supports and monitors the development of transport infrastructure in Romania.

He was a state adviser on infrastructure issues in 2016, in the technocratic government.

In the Chamber of Deputies, Cătălin Drulă was elected Chairman of the Committee on information and communications technology, and he is also a member of the Committee on transport and infrastructure. In addition to fluent English, he speaks French at an advanced level and German at a beginner level.