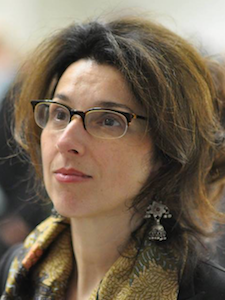 Ms Miloshevic served as Special Advisor to the Chair of the United Nations' Internet Governance Forum Multistakeholder Advisory Group from 2006 to 2009. More recently she participated in the ITU's WCIT-12 as part of the UK government delegation on behalf of the Oxford Internet Institute, University of Oxford, where she was a Visiting Associate from 2008-2009 and 2011-2012 and joined the UK Multistakeholder Advisory Group on Internet governance, MAGIG in 2013.

Her two decades of close and productive interactions with regulators, intergovernmental leaders, academics, artists, computer wizards and community activists throughout the world provide her with a unique set of resources with which to engage the often complex, cross-sectoral challenges of Internet technical coordination and governance.

Ms Miloshevic's work in the Internet field began in 1993 as a hostmaster for Demon Internet, the United Kingdom's first Internet service provider to offer access to individuals.  She participated in the informal, peer-coordinated policy making process for the .UK domain until supervision of the ccTLD was assumed by Nominet in 1996. In subsequent years she has worked as DNS technical and policy consultant for many public institutions including BBC R&D and the Getty Museum in relation to archive and domain use.

Ms Miloshevic served on the Board of Computer Professionals for Social Responsibility and the Board of Trustees of Internet Society from 2004 to 2010. She co-chaired the Internet Society Advisory Council of Organizational members and is currently active in both ISOC England UK and Belgrade Chapter. She is a Chair of the Board of DoMen d.o.o. and a Board member of European Regional At-large Organisation at ICANN.

She holds a B.A. in English Literature at the Faculty of Philology, University of Belgrade and a M.A. in Contemporary Diplomacy from the University of Malta. She has lived in London since 1991.