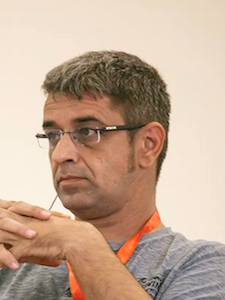 → (Flash) Can endangered languages and scripts be preserved in the digital era?

Between 2011-2016, Dušan served on the Board of Governors of the Serbian National Register of Internet Domain Names (RNIDS) and participated in several Registries Working Groups. He was directly involved in launching Serbia's IDN ccTLD, .срб. At ICANN community, Dušan chairs the Cyrillic Generation Panel (LGR) and co-chairs the Universal Acceptance Steering Group. He was a member of SEEDIG’s Executive Committee and is still part of RIPE NCC’s SEE regional meetings’ Program Committee. With a background in editing, Dušan was the Editor-in-Chief of the computer magazine "Svet kompjutera”. Dušan studied Electric Engineering and is a member of the Serbian Society of Engineers.