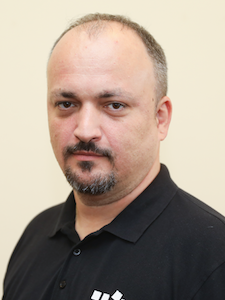 In the early 2000s, Eric built a "neighbourhood network" with some friends in Bucharest to provide cheap Internet connection to neighbours and free internet to schools in the area. In 2005, he connected the network with other small ISPs and set up an association to represent our interests - InterLAN. Now, InterLAN Internet Exchange is the biggest Internet Exchange Point (IXP) in Romania and one of the main exchange points in South Eastern Europe. InterLAN is a member of Euro-IX and RIPE NCC and the host of RONOG Meeting. Eric also owns and manages a group of ISP's in Romania: Phoenix Telecom and Bitway Telecom.